When Purdue Pharma agreed last month to plead guilty to criminal charges involving OxyContin, the Justice Department noted the role an unidentified consulting company had played in driving sales of the addictive painkiller even as public outrage grew over widespread overdoses.

Documents released last week in a federal bankruptcy court in New York show that the adviser was McKinsey & Company, the world’s most prestigious consulting firm. The 160 pages include emails and slides revealing new details about McKinsey’s advice to members of the Sackler family, Purdue’s billionaire owners, and the firm’s now notorious plan to OxyContin at a time when opioid abuse had already killed hundreds of thousands of Americans.

In a 2017 presentation, according to the records, which were filed in court on behalf of multiple state attorneys general, McKinsey laid out several options to shore up sales. One was to give Purdue’s distributors a rebate for every OxyContin overdose attributable to pills they sold.

The presentation estimated how many customers of companies including CVS and Anthem might overdose. It projected that in 2019, for example, 2,484 CVS customers would either have an overdose or develop an opioid use disorder. A rebate of $14,810 per “event” meant that Purdue would pay CVS $36.8 million that year.

CVS and Anthem have recently been among McKinsey’s biggest clients. Press officers for the two companies said they had never received rebates from Purdue for customers who had overdosed on OxyContin.

Though McKinsey has not been charged by the federal government or sued, it began to worry about legal repercussions in 2018, according to the documents. After Massachusetts filed a lawsuit against Purdue, Martin Elling, a leader for McKinsey’s North American pharmaceutical practice, wrote to another senior partner, Arnab Ghatak: “It probably makes sense to have a quick conversation with the risk committee to see if we should be doing anything” other than “eliminating all our documents and emails. Suspect not but as things get tougher there someone might turn to us.”

Mr. Ghatak, who also advised Purdue, replied: “Thanks for the heads-up. Will do.”

It is not known whether consultants at the firm went on to destroy any records.

The two men were among the highest-ranking consultants at McKinsey. Five years earlier, the documents show, they emailed colleagues about a meeting in which McKinsey persuaded the Sacklers to aggressively market OxyContin.

The meeting “went very well — the room was filled with only family, including the elder statesman Dr. Raymond,” wrote Mr. Ghatak, referring to Purdue’s co-founder, the physician Raymond Sackler, who would die in 2017. 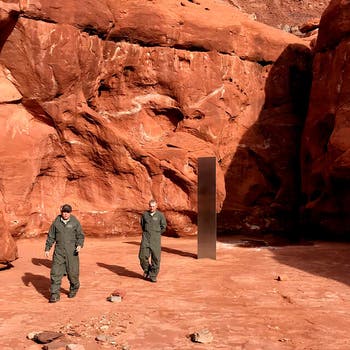 Mr. Elling concurred. “By the end of the meeting,” he wrote, “the findings were crystal clear to everyone and they gave a ringing endorsement of moving forward fast.”

McKinsey’s plan was accepted, even though Russell Gasdia, then Purdue’s vice president of sales and marketing, questioned the firm’s approach, writing Mr. Ghatak the night before the meeting to say that he had real concerns “on the need to turbocharge sales” of OxyContin.

Another Purdue executive, David Lundie, agreed with the strategy, however. Mr. Lundie said the proposal would catch the Sacklers’ attention, according to the documents. It did.

By 2017, Purdue’s chief executive, Craig Landau, wrote that the crisis was caused by “too many Rxs being written” at “too high a dose” and “for too long.” The drugs, he said, were being prescribed “for conditions that often don’t require them” by physicians who lacked “the requisite training in how to use them appropriately.”

When McKinsey was later called on to “disassemble” the aggressive sales campaign, according to the court filings, Mr. Landau was quoted as saying that it was something “we should have done five years ago.”

Dealbook: An examination of the major business and policy headlines and the power brokers who shape them.

A press officer for McKinsey on Wednesday said the firm had been “cooperating fully with the opioid-related investigations” and had announced in 2019 that it “would not advise any clients worldwide on opioid-specific business.”

In a statement last month, the Sacklers said that family members “who served on Purdue’s board of directors acted ethically and lawfully.”

McKinsey’s involvement in the opioid crisis came to light early last year, with the release of documents from Massachusetts, which is among the states suing Purdue. Those records show that McKinsey was helping Purdue find a way “to counter the emotional messages from mothers with teenagers that overdosed” from OxyContin.

On Tuesday, Purdue pleaded guilty to criminal charges, including defrauding federal health agencies and paying illegal kickbacks to doctors. The company also faces roughly $8.3 billion in penalties. As part of the settlement, members of the Sackler family will pay $225 million in civil penalties.

In a statement issued after the announcement of the settlement in October, Purdue said it “deeply regrets and accepts responsibility” for misconduct involving its marketing of OxyContin.

The federal settlement with Purdue comes as states and municipalities seek compensation from opioid makers for helping fuel a health crisis that has killed more than 450,000 Americans since 1999. Purdue is now seeking bankruptcy protection, as are other manufacturers.

“This is the banality of evil, M.B.A. edition,” Anand Giridharadas, a former McKinsey consultant who reviewed the documents, said of the firm’s work with Purdue. “They knew what was going on. And they found a way to look past it, through it, around it, so as to answer the only questions they cared about: how to make the client money and, when the walls closed in, how to protect themselves.”

Mr. Giridharadas is a New York Times contributor who wrote a 2018 book that examined the power of elites, including those at McKinsey, for how they evade responsibility for social harm.

In recent years, McKinsey has attracted criticism and unwanted attention for its dealings around the world, including in authoritarian countries such as China, Russia and Saudi Arabia. Its business in South Africa was decimated after McKinsey worked with companies tied to a corruption scandal that led to the ouster of the country’s president. In the United States, McKinsey worked with Immigration and Customs Enforcement under President Trump, proposing ways to cut spending on food and housing for detainees.

The documents released last week detail McKinsey’s work with Purdue going back to 2008, the year after the drugmaker pleaded guilty to misleading regulators. The Food and Drug Administration had previously told Purdue that OxyContin would face sales restrictions and that doctors prescribing it would require specialized training.

The Sacklers saw those rules as a threat and, joining with McKinsey, made a plan to “band together” with other opioid makers to push back, according to one email. McKinsey prepped Purdue executives for a vital meeting before an F.D.A. advisory committee reviewing its proposed reformulation of OxyContin to make it less prone to abuse. The reformulation went on the market in 2010.

McKinsey put together briefing materials that anticipated questions Purdue would receive. One possible question: “Who at Purdue takes personal responsibility for these deaths?”

The proposed answer: “We all feel responsible.”

Dr. Richard Sackler, now the family patriarch, was pleased with the preparations, writing to his daughter in a January 2009 email: “Marianna, I am writing to tell you how impressed I was by the preparation for the F.D.A. meeting. Both the method and process as well as the content was excellent and a major departure from efforts like this in the past.”

Purdue’s F.D.A. meeting appeared to be at least partly successful. “Even to this day, the F.D.A. has never required specialized training for OxyContin prescribers,” wrote the state lawyers who filed the documents last week.